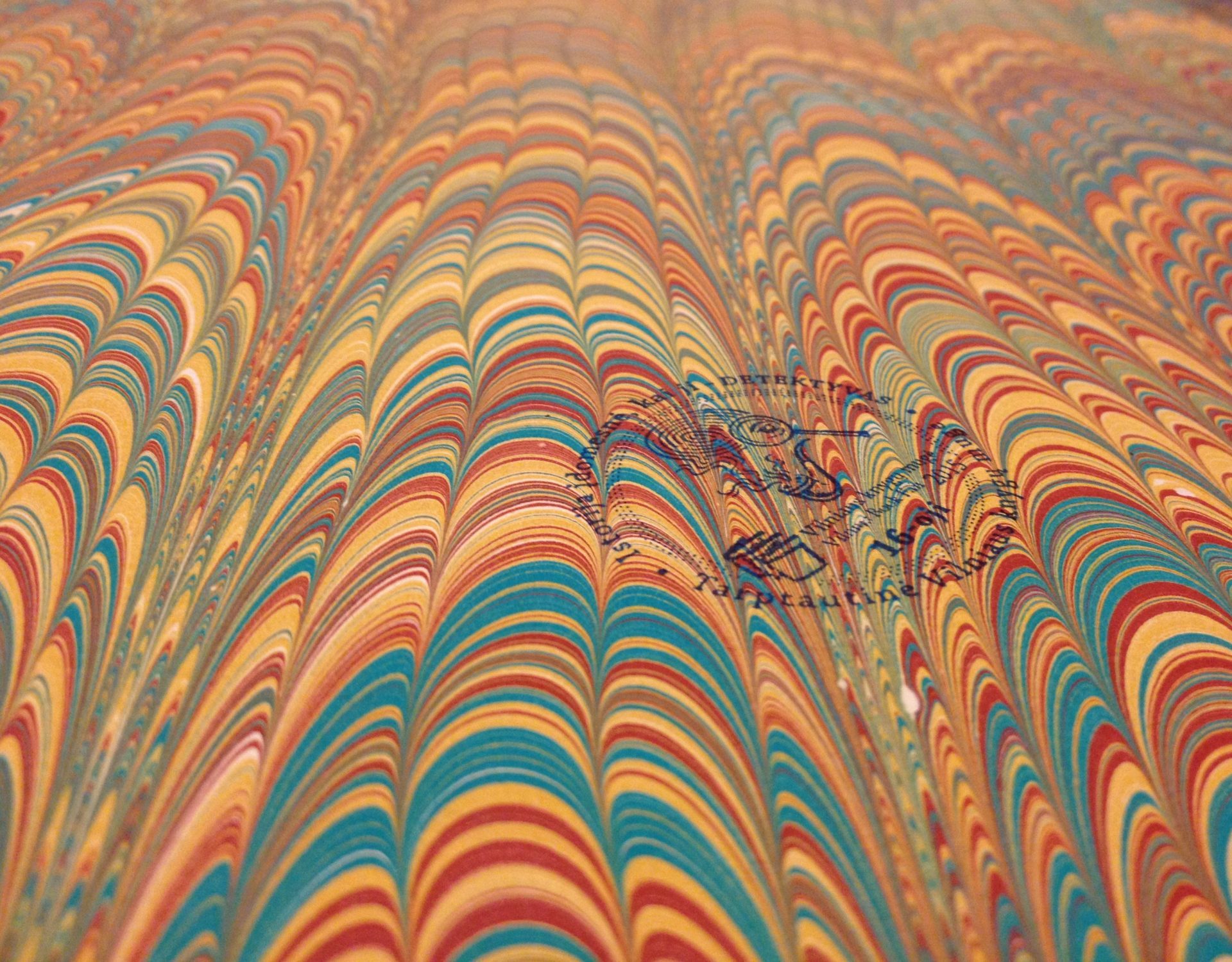 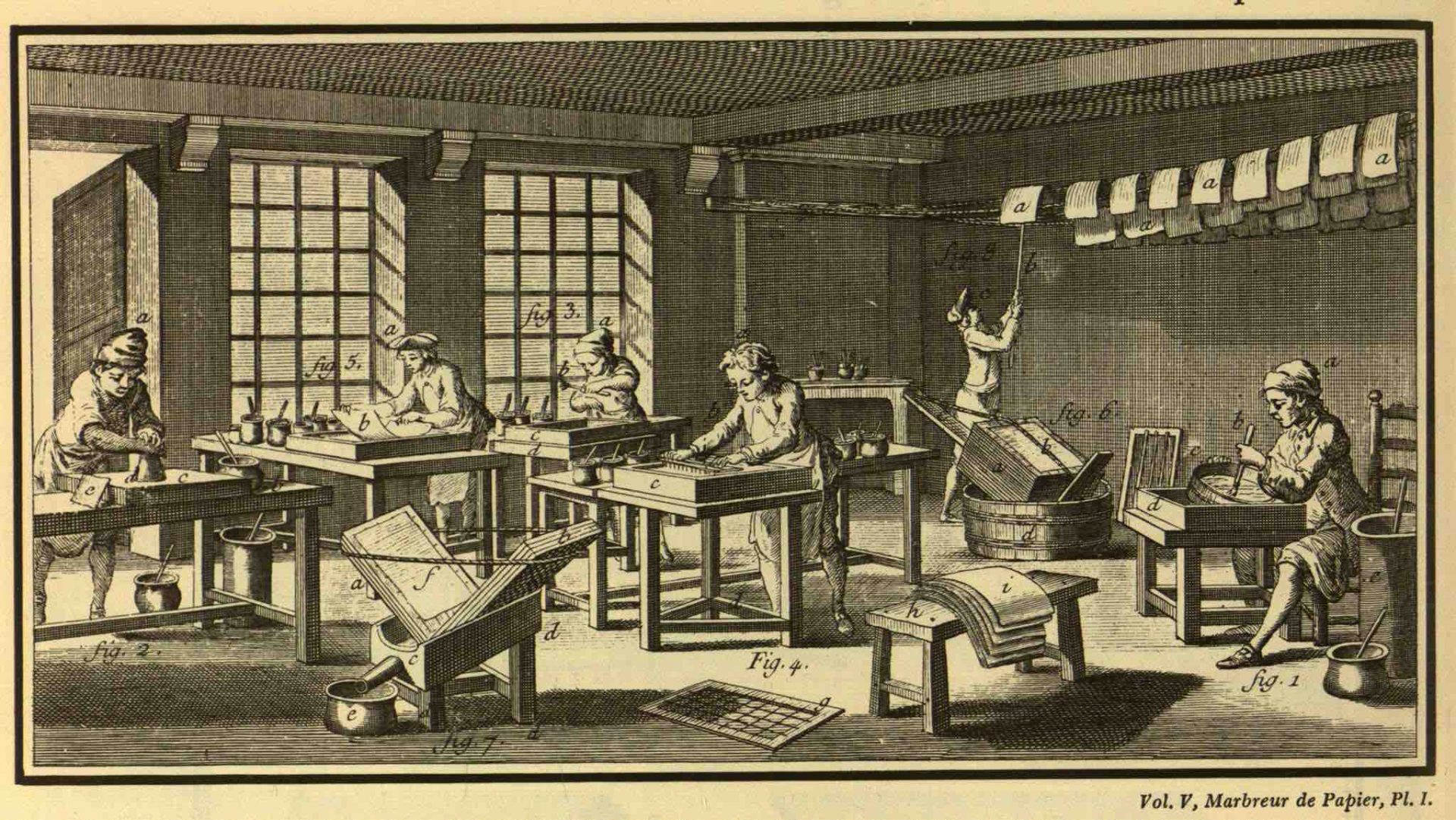 It is one of the techniques used to decorate paper. Its first examples can be found in 10th century Japan.

After industrial revolution, books became much more accesible for everyone. However it harshly affected the craftmans of ancient crafts. The facilities of old crafts were declining. The traditions of passing on the craftman’s knowledge and old recipes have become extinct.

In the recent years, the ancient crafts have received a considerable interest. The ancient techniques of paper marbling and historic patterns are restored.

Marbled paper in the bookbinding

Here you can see the works of Vilnius bookbinders guild adept,

as well as marbled paper that is used in book binds 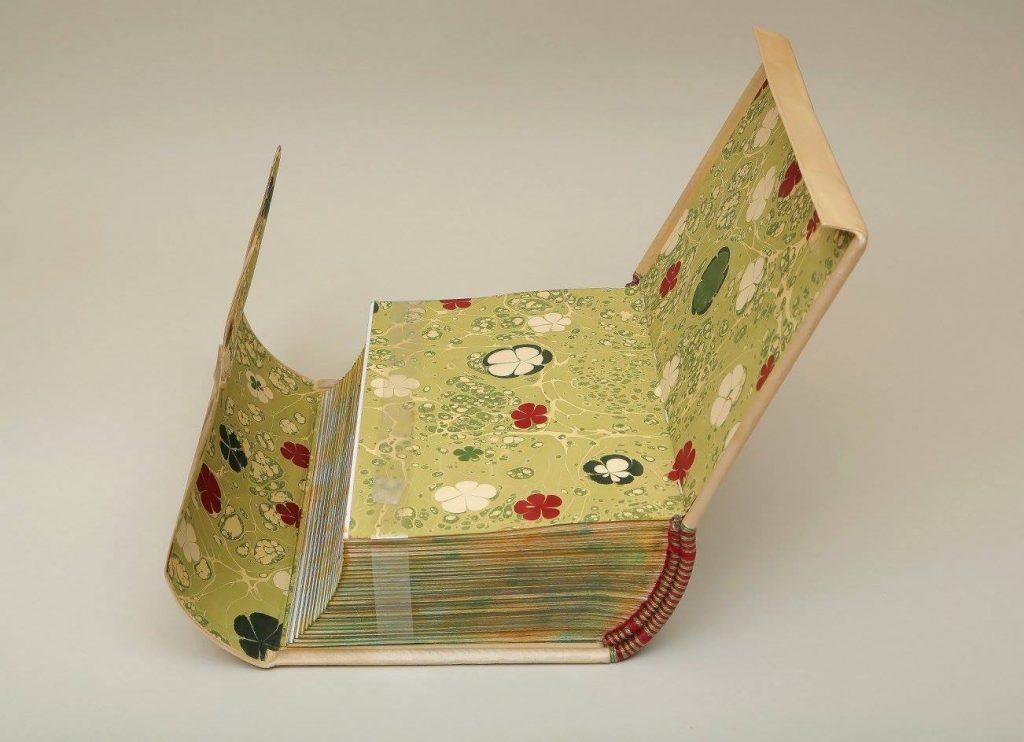 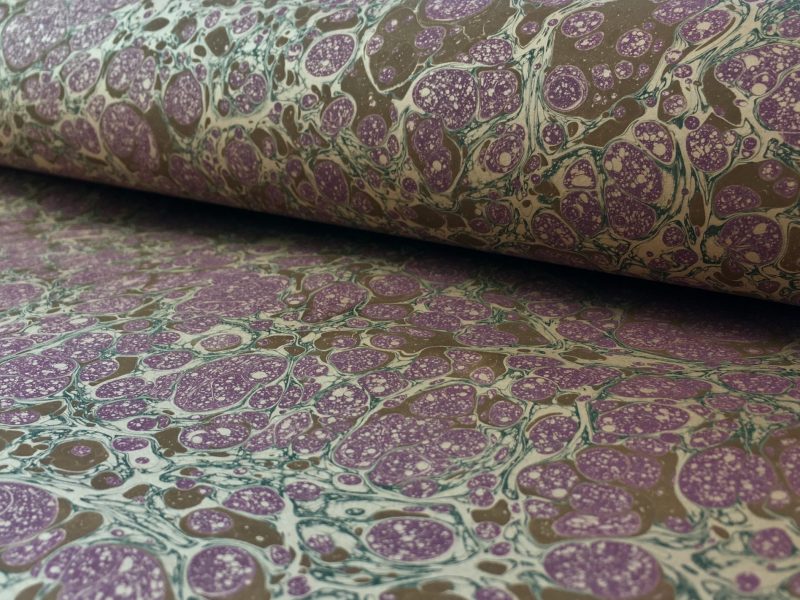 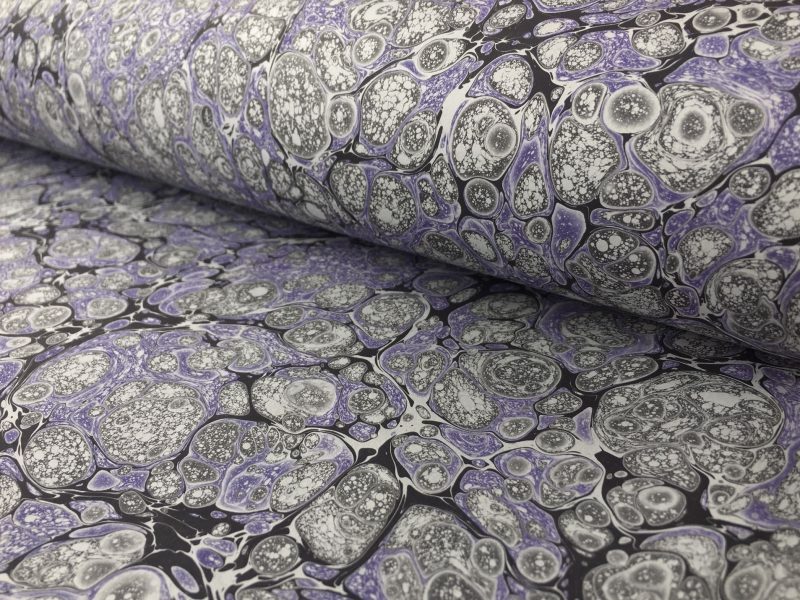 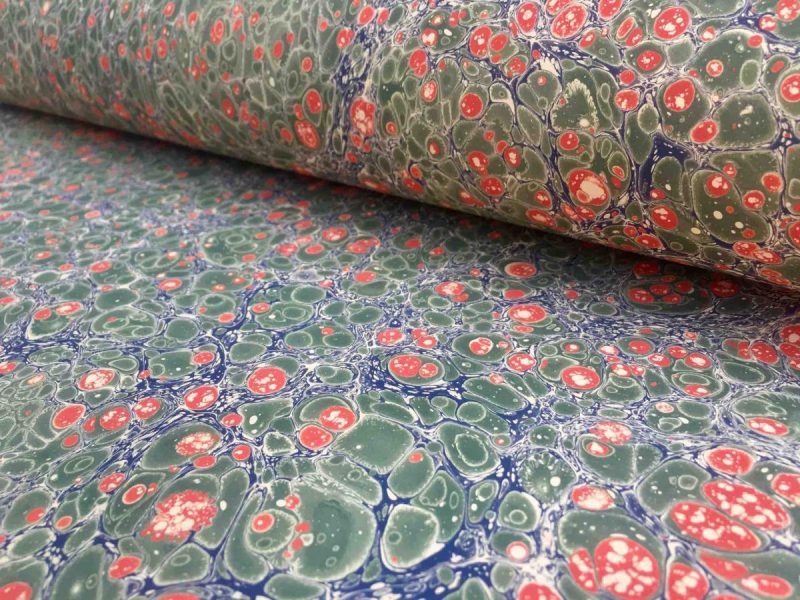 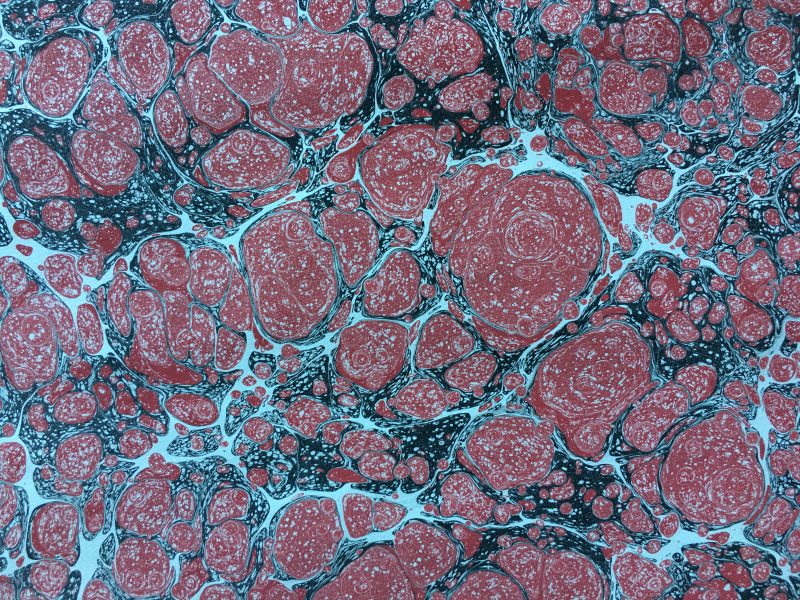